The Holiday Inn City Center in downtown Sioux Falls is celebrating a major anniversary with a nearly top-to-bottom renovation.

The 290-room hotel at 100 W. Eighth St. has been built, with some signature areas still to go.

This coincides with the property’s 50th anniversary, which is celebrated in July with a Greater Sioux Falls Chamber of Commerce mixer on Tuesday.

“Everyone has a Holiday Inn memory. Everybody does it,” said sales manager Melany Pravecek.

The hotel was built as part of the city’s urban renewal district through the efforts of business leaders and citizens. There were 15 original backers of a fundraiser that reached around 1,700 shareholders, and the original 10-story building was built with 208 rooms for $3.4 million in 1972. It expanded to 313 rooms with a two-level parking ramp in 1976. 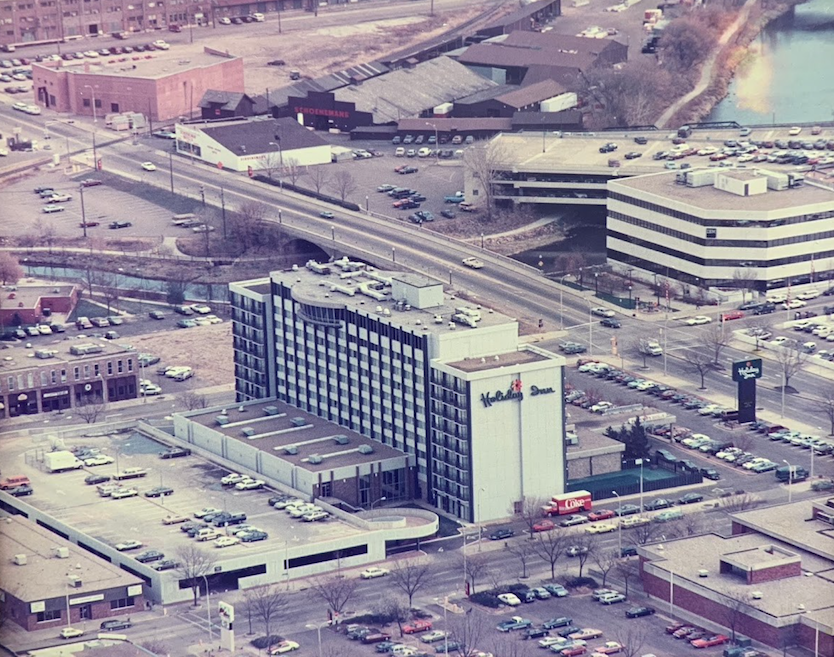 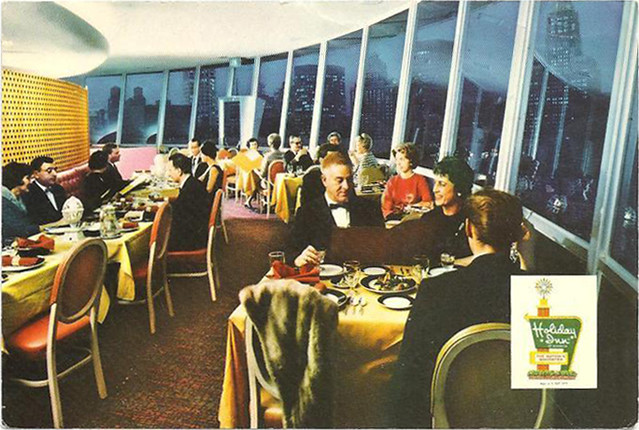 Now, the renovation is designed to move the Holiday Inn into the future. One of the seven guest floors remains to be renovated, then work will progress to the public spaces. 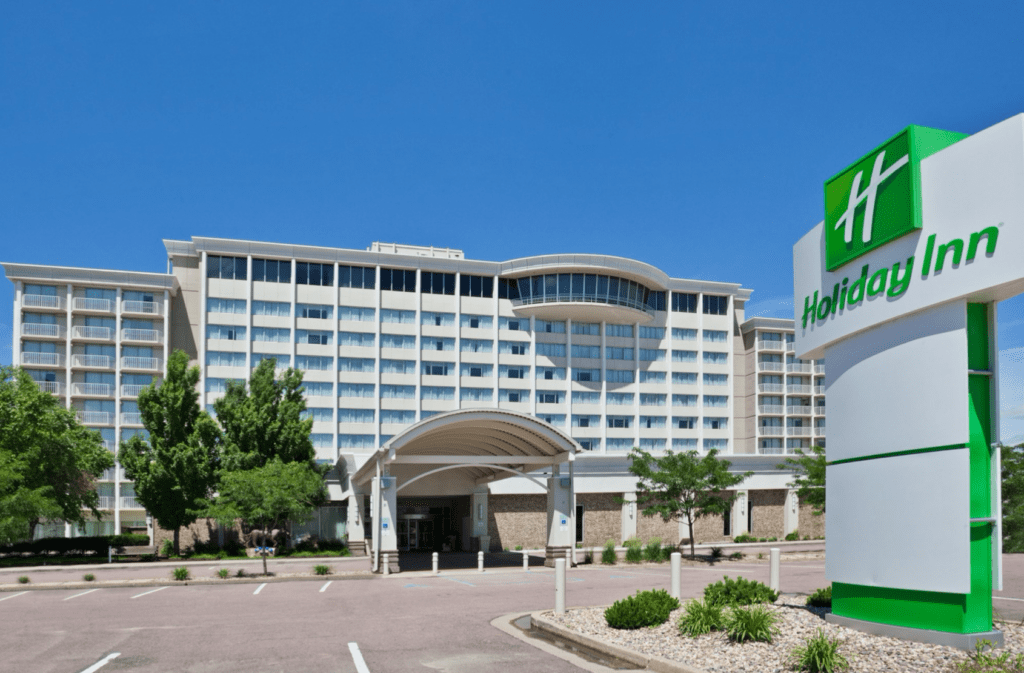 “Really, it was mostly cosmetic — a whole new color palette,” Pravecek said. “We lightened it up to a lighter whitish gray wallpaper with blue accent walls, new furniture, all new mattresses, carpeting, just a big refresh.”

Here is an overview of the transformations: 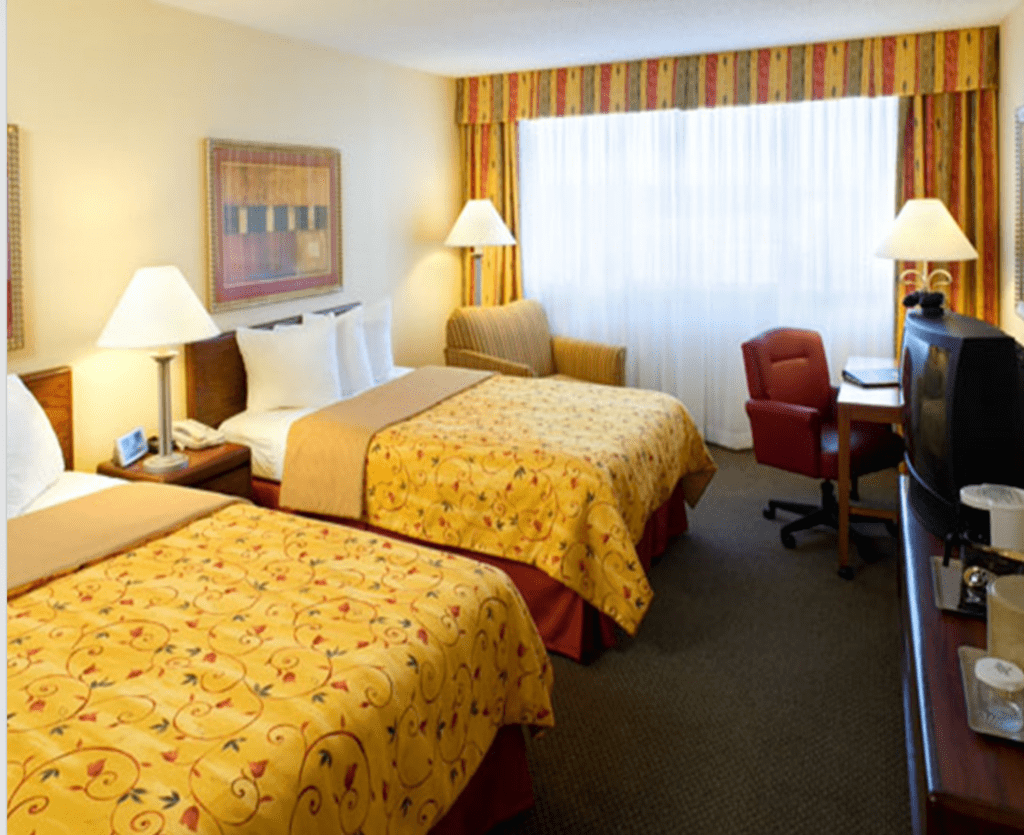 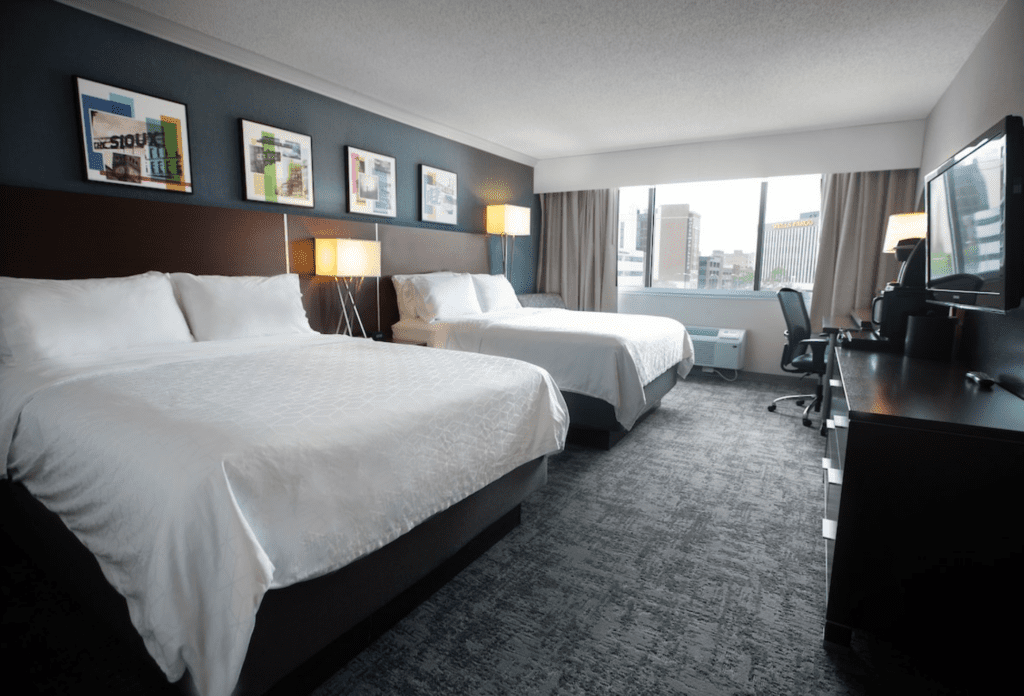 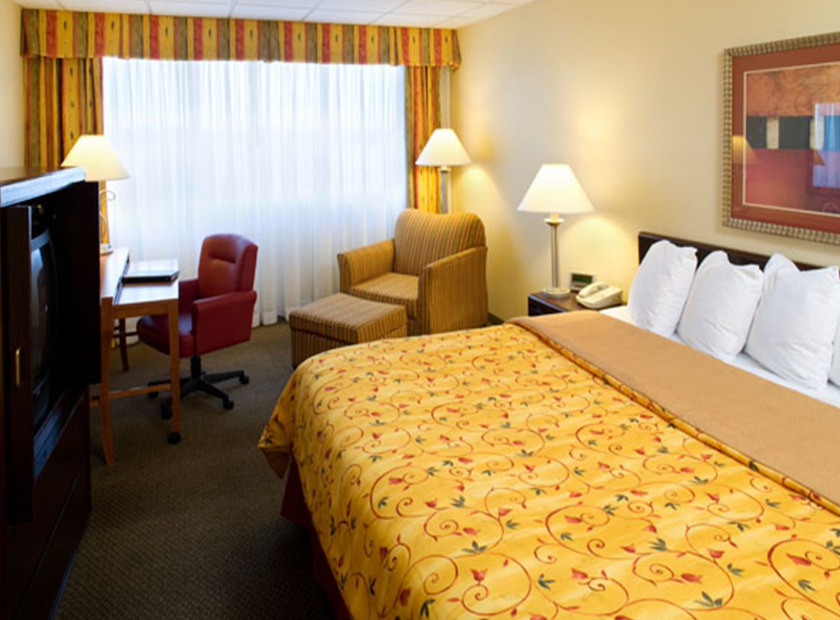 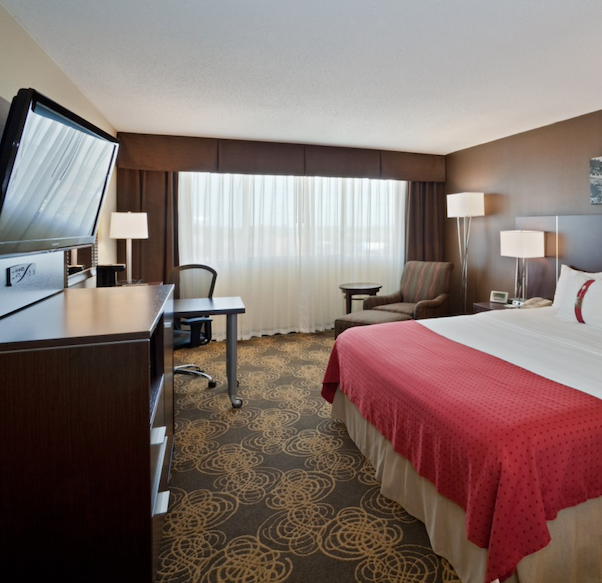 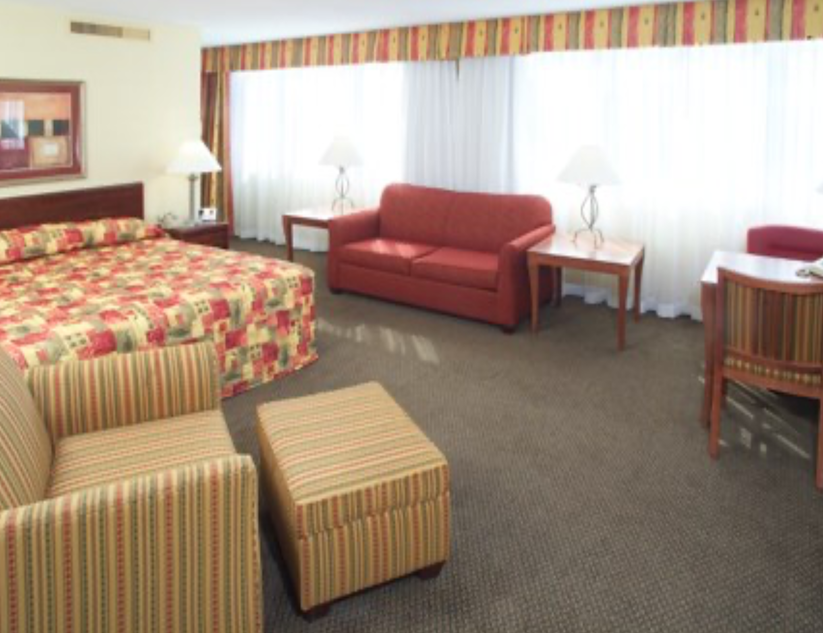 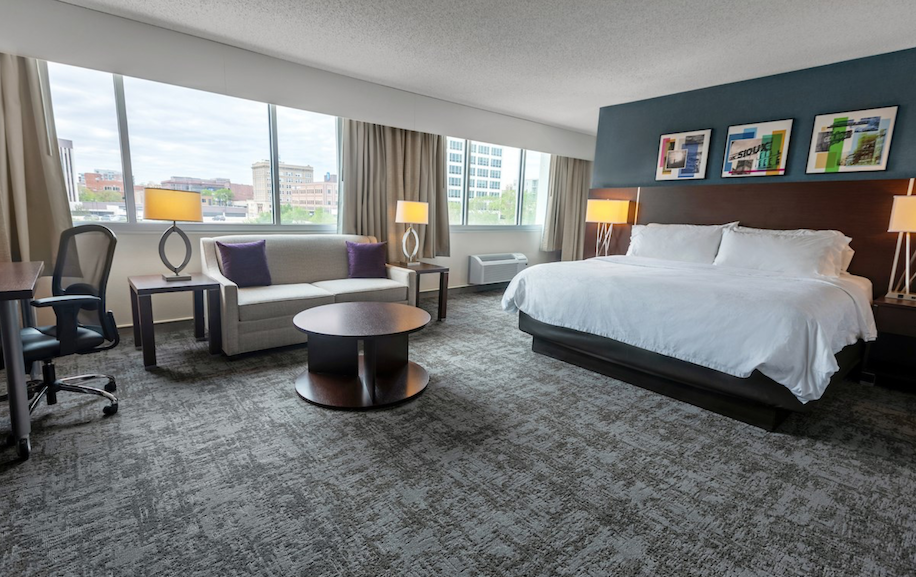 Customer reaction has been positive, she said.

“People really like it. …Rooms feel lighter and more airy. And the occupation is excellent. We have one floor left, and we’ll start when it’s slower in the fall and winter because weekends are busy, all around Sioux Falls, and we’re in the middle of wedding season right now. So the occupation just grows and grows. 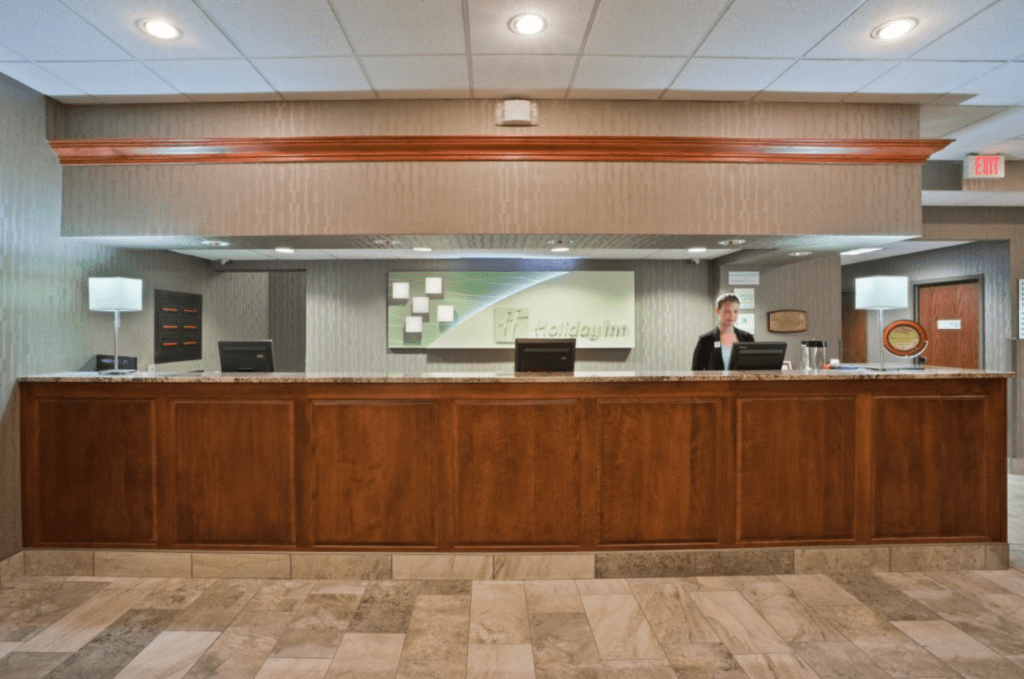 The front desk will change from the more traditional long counter to a pod-shaped area, which “is a new trend in hospitality,” Pravecek said. “And we are trying to find long periods of time available in meeting spaces so that we can go in there and update the vinyl, the carpeting, the ceilings, so that should start in the next few months. The Grand Ballroom in Falls will take the longest—I think it’s estimated to be a week—but our meeting room is busy, so it’s harder to find the time to do it. 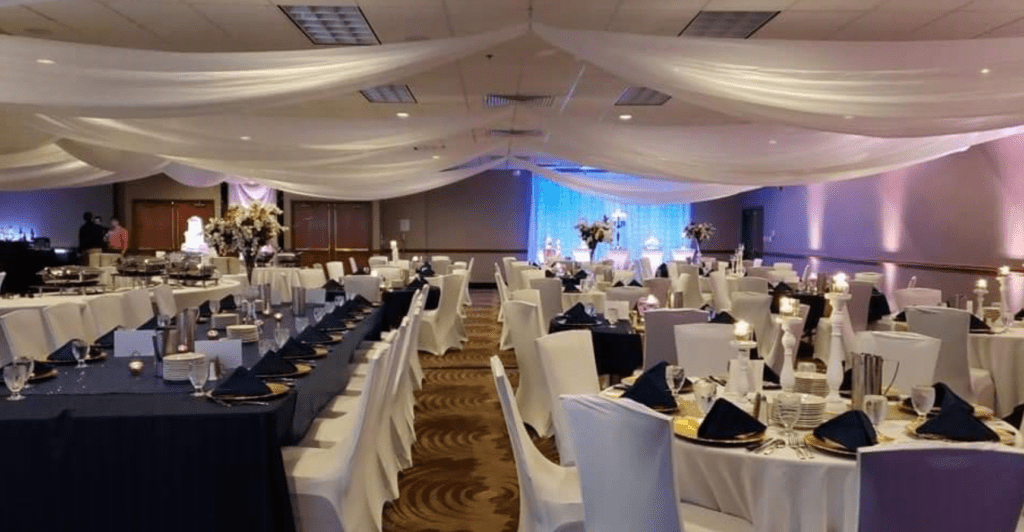 Many events that were postponed in the pandemic are now rescheduled, she said.

“We’ve been working on this since 2020 to reschedule them, and being able to hold these events now is nice to see come to fruition.”

The hotel’s Starlight room will also be completely renovated.

“The design has been planned, but I don’t have an exact timeline,” Pravecek said. “It’s going to be completely redone, updated ceiling, all new draperies, wall vinyl, so that’s what I’m most excited about. It’s really needed. We need that breath of fresh air.

On the ground floor, the bar and restaurant will also be redone and reconfigured. 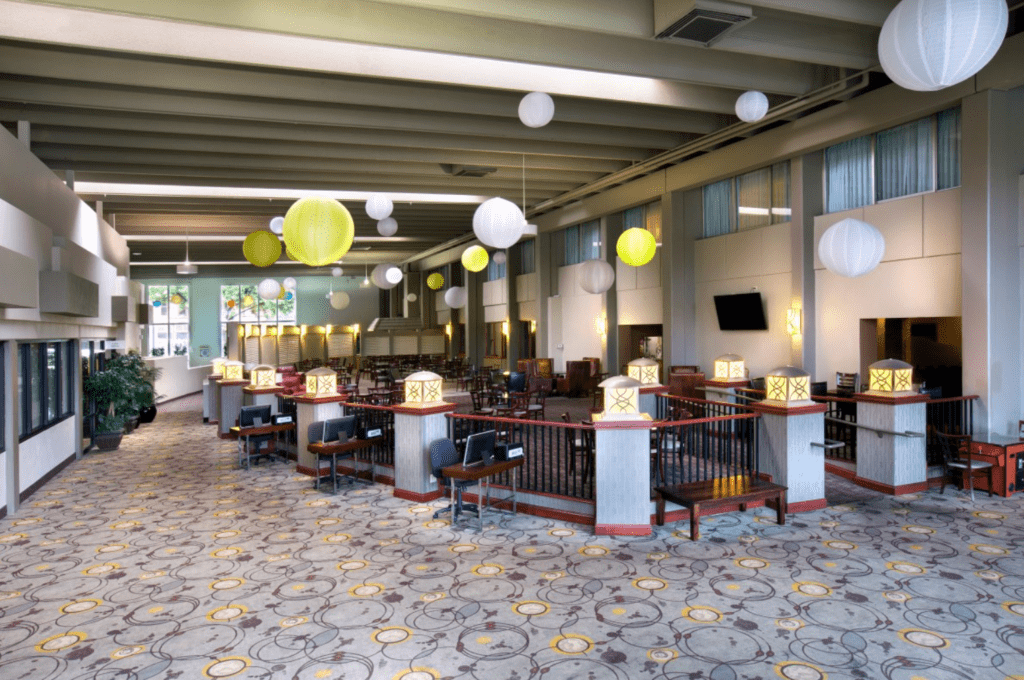 The new design includes removing a back wall and transforming the area that flows into the atrium into a circular bar space with additional plush seating.

“We’re going to break down this wall and make it more open,” Pravecek said. “This area just needs an update and a different philosophy.” 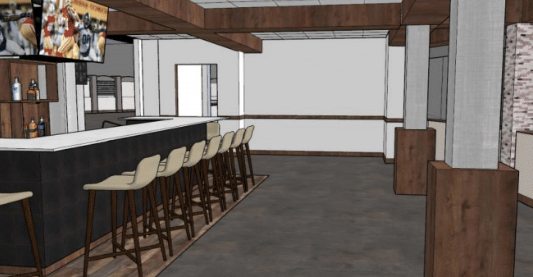 The idea will be to make the restaurant and lounge a place those downtown think to go for breakfast, lunch or after-work meetings or socializing, she said.

“Downtown is so wonderful, and we have great staff, and people here really enjoy having people over, so I think once we update this lounge, it will be a bit more of a destination” , she said. “It’s going to be a big business.”

The schedule for renovations to public spaces is fluid due to planning and supply chain issues, but work is expected to continue, she said.

“Aspects of the design are still being reviewed and approved, and I think we’re ready to pull the trigger, but the process may take a little time.